Earlier, I wrote a post about cities and towns and how I love traveling to cities but prefer living in a small town. I discovered again just how true that was on my recent trip to Chicago.

For my husband’s birthday, I gave him two tickets to see Hamilton at the CIBC Theatre in Chicago. The show was on December 18th, a Tuesday night, and we decided to stay in Chicago Monday-Wednesday. We knew we wanted to stay downtown and didn’t want to worry about our car, so we took the train.

We stayed in the financial district, at a La Quinta, and the rooms were really nice. Miguel decided he wants to build our own house and make our bathroom exactly like the one we had in our hotel room.

It was also just really neat to be in the financial district, surrounded by these huge office buildings. Willis Tower was at the corner of the block across the street, which was cool! Our room looked into offices across the street, so we definitely spent some time watching those accountant or other financial job people doing their work. Creepy, but fun!

Anyway, I love Chicago. I love it so much. I love the feel and the views and the architecture and the food. I always thought New York City would be my favorite, but Chicago has definitely taken the lead. The Bean, Navy Pier, The Magnificent Mile, need I say more?

Hamilton was incredible, and Miguel was so happy. It was a bucket list item for him that he didn’t think he’d ever be able to cross off! We had Giordano’s, of course, which was delicious. We walked through Navy Pier and picked out our Illinois mug. I learned who Al Capone was and what he did; that’s something I never understood until this trip when I had Miguel explain it all to me.

Miguel rolled his eyes at me several times as I took pictures of the same things over and over again. Sure, the bean hasn’t changed in the five times I’ve been to Chicago, but it’s just so great! I have to take a picture of it! It’ll help me remember this trip: the first time I went to Chicago with just Miguel.

Here are some pictures from our trip. I’m so ready to go back! 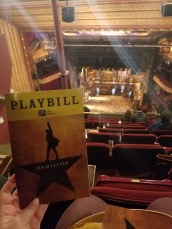 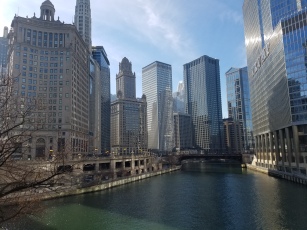 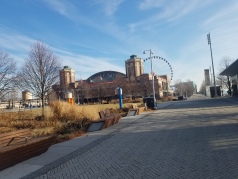 Rachel Gonzalez is a beloved daughter of God, pastor's wife, and mother to two lovely little girls. She is a huge fan of Russian Literature, biographies of interesting people, and anything Jane Austen. She also probably knows more Harry Potter spells than she ought. View all posts by rachelgonzalez8616

Rachel is an avid reader and an aspiring writer. In order to write more she started this blog, and is forcing herself to write at least once a week. Follow her on twitter @chachikoch, and see her lists of favorite books at Goodreads by following Rachel Koch Gonzalez. You can also check out her book reviewing blog, bookblurbsbyrachel.blogspot.com.